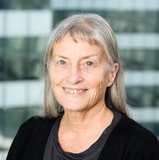 The roles and posts she holds include:

Elspeth maintains strategic relationships with a range of key clients both locally and internationally. She was part of the team negotiating licensing of a wood fibre plastic technology to a large international firm, as well as negotiation of commercialisation of a range of technologies. She led the negotiation team for the exit of Scion from a JV with CSIRO in Australia in 2007-8.

Elspeth has published over 100 refereed manuscripts in a wide range of subject areas mostly plant or biochemistry based, and co-supervised two masters and 12 PhD students as well as mentoring over 20 postdoctoral fellows or early career researchers.