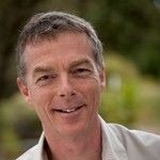 Brian recently stepped down from 12 years in senior management, including 8 years leading the Forest Science group at Scion and prior to the that the Forest Biosecurity and Protection Team in Ensis, to take on a Principal Scientist role. In this new role, Brian focuses on research relating to forest protection particularly in the areas of biosecurity and pest management. Brian’s contribution to forestry was recently recognised by his peers through presentation of the NZ Institute of Forestry ‘Forester Of the Year’ Award in 2015.

Brian's research interests are varied. Over the past 36 years he has made a number of significant contributions to biosecurity, pest management, vegetation management and sustainable forest management.

The knowledge on aerial spraying technology has also been put to good use in New Zealand with Brian’s involvement in a number of Technical Advisory Groups formed by the Ministry of Agriculture and Forestry to provide advice on a range of pest eradication programmes.

As an internationally-recognised expert in forest vegetation management, Brian has been a plenary and invited speaker at a number of international science conferences. His research has included development of forest weed control regimes, models to describe the effects of weeds on tree growth, and decision support tools to evaluate the cost-benefit of treatment regimes.

Another research interest is assessing the long-term productive capacity of forest sites. Brian played a leading role in designing a large, site quality experiment that comprised a national series of plots. The purpose of this work was to determine indicators for sustainability of forest management practices and the experiment is now yielding valuable data used by many scientists.  Specialties include:

Richardson, B., Kimberley, M., Ray, J.W., Coker, G.W. 1999.  Indices of interspecific plant competition for Pinus radiata in the Central North Island of New Zealand.  Thompson, D.G. (2011). A review of computer models for pesticide deposit on and prediction. Transactions of the American Society of Agricultural and Biological Engineers, 54(3), 789-801.