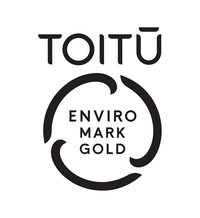 Scion is a Crown Research Institute (CRI), which is a government-owned company that carries out scientific research for the benefit of New Zealand. Each of seven CRIs is aligned with a productive sector of the economy or a grouping of natural resources.

We specialise in research, science and technology development for the forestry, wood and wood-derived materials and other biomaterial sectors.

We are the leading CRI in:

Also, we collaborate with other research providers and end-users to develop:

This document sets out Scion’s Statement of Core Purpose, issued by the Government in 2010, which is still current:

Our Statement of Corporate Intent and business reporting documents are published annually:

Our name and logo

A “scion” refers to a cutting or shoot used to form a graft. Our name encompasses how we are growing biobased opportunities for sustainable solutions from our core forest science capabilities.

Our logo portrays a dynamic sense of innovation and creativity, harmony and collaboration between us and our partners and customers. At a more subtle level the logo represents the emergence of a stylised shoot. The logo shape also depicts the concepts of circular economies and the bioeconomy. The colour palette is taken from nature.

Scion is the trading name for New Zealand Forest Research Institute Limited. Our head office and main campus is in Rotorua. The site was once the headquarters for a forest nursery for a large government afforestation programme. The nursery was established in 1898 at the edge of Whakarewarewa Forest where more than 60 exotic species were planted on 5000 hectares to determine which species grew best in New Zealand conditions.

Research commenced on the campus in 1947 as a government-owned Forest Experimental Station, which in 1949 was officially named Forest Research Institute (FRI) under the auspices of the New Zealand Forest Service. The FRI, and later Scion, would go on to become an internationally recognised leader in plantation forestry science.

The institute was established as a New Zealand Crown Research Institute (CRI) in 1992. It is wholly owned by the government and constituted as a limited liability company under the New Zealand Companies Act 1993.

In 2005 the trading name Scion was adopted to reflect the growth of research programmes to include the development of new materials and energy from renewable resources and waste streams.

Scion, like all CRIs, has two shareholding ministers who act to protect government investment in CRIs. They are the Minister of Science and Innovation and the Minister of Finance. Shareholding ministers appoint an independent Board of Directors for each CRI to provide governance and strategic direction for the company. The board appoints the chief executive in accordance with the Companies Act and the constitutions of each CRI. The Ministry of Business, Innovation and Employment monitors the government's investment in CRIs.

Founded: 1947, as part of the New Zealand Forest Service