These awards show the depth of talent across Crown scientists including Scion, which is recognised nation-wide and internationally. Awards were given in three categories and Scion awardees were:

Lloyd Donaldson - Lifetime Achievement Award. Doctor of Science, Lloyd Donaldson was acknowledged for his microscopist work and his influence as an internationally recognised microscopist specialising in plant anatomy and ultrastructure over his 40 years at Scion. He has pioneered techniques in confocal fluorescence imaging of wood and biomaterials, with his methods forming a part of researcher toolboxes globally. With an h-index of 42 (Google Scholar), he has over 100 publications including sixteen books and book chapters, with his images selected four times as journal covers. Watch the video

Dr Qiliang Fu - Early Career Researcher. Qiliang is a leading scientist in wood nanotechnology and functionalisation who specialises in wood nanotechnologies, including various chemical treatment and functional approaches, applied to tailor and modify the nanostructure of bulk wood. Qiliang has contributed strongly to developing this field globally. Qiliang did the original research on transparent wood and transparent wood film, novel designs and multifunctionalities of sustainable materials. This work has led to breakthroughs in transparent, fire-retardant, hydrophobic/lipophilic and opto-electronic applications. Watch the video

These awards highlight the cutting-edge work of New Zealand’s government-owned science and research organisations. Awards were given in three categories. Scion awardees were:

Greg Steward - Lifetime Achievement Award. Greg was acknowledged for his career in indigenous forestry research. He started as a woodsman trainee with the NZ Forest Service and became the driving force for indigenous forestry at Scion for 44 years. Greg has authored many papers on indigenous tree species with specific emphasis on managing kauri, tōtara and indigenous hardwoods in plantations. His research on the growth and yield of New Zealand kauri showed that planted kauri stands aged 20 to 60 years were 20 times more productive than natural stands. His work has blown the estimated kauri crop rotations of hundreds of years out of the water.

Dr Kelly Wade - Early Career Researcher Award. Kelly has brought a fresh perspective to packaging innovation by applying his knowledge of biomechanics to packaging materials. This novel approach has also been recognised by the Australian Institute of Packaging when Kelly was named the 2020 Australasian Young Packaging Professional of the Year. Kelly runs Scion’s internationally unique box testing facility, and he leads a National Science Challenge Science for Technological Innovation project creating biobased materials that can be applied to develop sustainable packaging.

Scion’s Geomatics Team – Team Award. Scion’s geomatics team has significantly developed the use of cutting-edge remote sensing technologies to help foresters improve the health and productivity of their trees. This includes the first known trial of scanning lidar from beneath the forest canopy using a self-guiding Hovermap SLAM laser scanner. 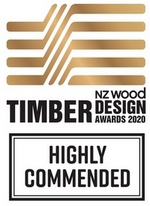 A novel transparent wood film developed at Scion was highly commended in the Wood and Fibre Products Technology and Innovation category. 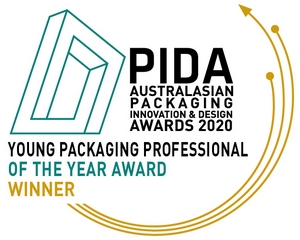 Kelly is a materials scientist from Scion’s packaging research team and was nominated for his work on biomimicry and nature inspired sustainable packaging solutions. Using his knowledge of biomaterials, he is exploring biomimetic solutions to redesign and strengthen corrugated board boxes.

The Awards, announced virtually over 6-7 May, are designed to recognise companies and individuals who are making a significant difference in their field, across Australia and New Zealand. The awards are run by the Australian Institute of Packaging, and winners qualify for entry into the prestigious WorldStar Packaging Awards.

More information can be found on the Australian Institute of Packaging website.

Awardees from New Zealand’s seven Crown Research Institutes (CRIs) gathered at Parliament Buildings in November to celebrate the outstanding science undertaken by CRI researchers in their fields. Scion scientists were presented awards in three categories on the night.

Dr Brian Richardson was acknowledged with a Lifetime Achievement Award for his 36 years in biosecurity research. Brian’s stellar career has featured domestic and internationally significant work as well as pest-, vegetation- and sustainable forest-management.

At the other end of the career spectrum – Dr Roya Rezanavaz won an Early Career Researcher Award for her leadership on a project working with Kai Rotorua and Rotorua Boys High School to bring kūmara history to life with 3D printing.

The Team Award was bestowed on Scion’s Extrusion Plus team, who have developed a technology platform to convert biomass from primary industries into renewable natural materials to replace fossil fuel-based ingredients.

Winner of the Communication and Sector Engagement Award - Dr Amanda Matson for her great ability to communicate the research she’s doing on what’s going on under the ground in a pine forest, particularly the movement of soil nutrients.

Winner of the Innovation for Sector Value Award - Dr Graham Coker for his work on foliar fertiliser applications to see what works to enhance tree growth and when it’s best to apply those nutrients.

Winner of the Collaboration in a Science Team Award - Loretta Garrett - the scientist everyone wants on their team according to her colleagues. Her work has varied from productivity trails to measuring nitrogen transfer in forest soils.

Award for Young Scientist - Dr Stuart Fraser for his work on combatting forest tree diseases, such as the threat of myrtle rust and dothistroma needle blight. 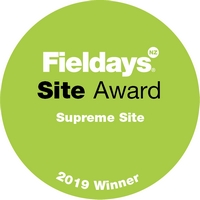 Scion teamed up with Manaaki Whenua Landcare Research, ESR and AgResearch to create a ‘science alley’ at Fieldays, the largest agricultural event in the Southern Hemisphere. The collaboration was rewarded with the Best Agribusiness Indoor Site and Fieldays 2019 Supreme Site Awards. Judges said the site showcased a clean, bright, interactive design that attracted visitors of all ages to learn a little more about the research the institutes conduct.

Our work and partnership with EPL on biodegradable vine net clips was also acknowledged, earning Highly Commended in the categories of Best Environmental Product and Best Supplier Partnership.

Scion staff joined scientists from all seven Crown research institutes for the Science New Zealand awards. The awards were presented in three categories to awardees from each institute.

Acknowledged for his 40 years in science, Dr Ian Suckling was the Scion recipient of the Individual/Lifetime Achievement Award.

Andrea Stocchero received the Emerging Scientist or Engineering Award for Scion, in recognition of his significant contribution to the timber, building and design industries.

The Science Impact Award for Scion was presented to the Ligate™ Team.

A Scion team took home the Biological Heritage Challenge Science Award at the NZ Biosecurity Awards for their work around the development of novel approaches to increase the effectiveness of eradication programmes for insect pests of plants.

Winner of the Innovation that Enhances Sector Value Award – Dr Simeon Smaill for his work examining novel methods and nutrient models to improve the growth and vitality of radiata pine.

Winner of the Science of International Quality Award – Jessica Kerr, Brooke O’Connor and Dr Steve Pawson were recognised for their world-leading research in the Urban Battlefield Biosecurity programme.

Winner of the Contribution to a Science Team Award – Dr Rebecca McDougal for her part in revolutionising how diseases are diagnosed, using new molecular techniques.

Winner of the Enhancing Sector Value Award - Richard Yao - for his work in forest ecosystem services, such as erosion control, biodiversity and water filtering.

Winner of the Contribution to a Science Team Award - Carolyne Anderson - in recognition of her management of tree measurement data from permanent sample plots over many decades.

New Zealand's Crown research institutes gathered to celebrate their own at the inaugural Science New Zealand Science Awards on 9 November 2017.

Scion’s Dr Dave Cown received the Lifetime Achievement Award, the Team Award went to the Biosecurity Team and Dr Nari Williams was the recipient of the Early Career Researcher Award.

Scion scientist Dr Saad Hussain has been selected as a finalist in the KiwiNet Research Commercialisation Awards designed to celebrate commercialisation success within New Zealand’s universities and Crown Research Institutes.

2016 NZBIO Biotechnology of the Year - Winner

Scion’s environmentally-friendly bioadhesives “Ligate™” technology was awarded Biotechnology of the Year at NZBIO’s annual conference in September.
Dr Will Barker, Chief Executive of NZBIO, said “the technology is a game changer for wood panel manufacturers”.

Scion and licensing partner Sonae Indústria won a category award - the MinterEllisonRuddWatts Research and Business Partnership Award - for their partnership to commercialise a new wood reinforced plastic product that could be used in cars, appliances and a range of consumer products.

Our bioadhesives “Ligate™” technology received a commendation in the Renewable Innovations Category.

Our bioadhesives “Ligate™” technology was a finalist in the Sustainability & Cleantech category.

Winner of the Communication and Sector Engagement Award – John Moore, for his work in identifying opportunities to improve productivity and the value of forests and engaging with large and small forest owners to communicate the key findings of his research.
Winner of the Science of International Standing Award – Eckehard Brockeroff, for the work he has done to raise the international profile of the importance of biosecurity to protect New Zealand from incursions that have the potential to inflict devastating harm to trade, the economy and the environment.
Winner of the Contribution to a Science Team Award – Annette Brockeroff, for the very strong management support she has provided to the industry’s flagship research programme, Growing Confidence in Forestry’s Future. This programme has the ambitious target of doubling forest productivity and forest value while maintaining the forest growing sector’s strong focus on sustainability and minimising environmental impacts.