From the forest to the laboratory, three Toi Ohomai students have been getting a new insight on forestry science at Scion.

Shideen Nathan, Honey Jane Estarija and Rob Tane are all students at Toi Ohomai Institute of technology, the largest tertiary education provider in the Bay of Plenty and South Waikato. They are in varying stages of forestry and resource management qualifications and were invited over summer to intern over summer with the Scion forest science team in a partnership with Toi Ohomai.

Getting into the field

From collecting wood core samples in Huanui Forest on the East Coast, to installing a weather station in Tairua Forest in the Coromandel and travelling to Kaingaroa Forest in the central North Island to take soil samples - these students have had a busy summer.

And that’s not all. Rob and Shideen have also created a database for measurements from Scion’s permanent sample plots, and Rob was involved in a test flight for one of Scion’s UAV’s (unmanned aerial vehicles) equipped with a LiDAR camera.

Shideen has experience in the sector, as well as qualifications in forestry operations forest management, and was interested to see the science that goes into forestry management. “It’s good to see how science happens here (at Scion), and how it transfers into the field to manipulate different strategies for forestry production and how that affects the end result.”

But it’s not just about the exposure to science. Rob says, “Part of coming to Scion (in addition to learning new forestry related practices) was about building up a forestry network – so once I have finished studying, I’ll have established relationships already.”

Being new to GIS didn’t stop Honey Jane, who’s a post graduate student studying resource management. She has been assisting with GIS and a research project measuring rates of photosynthesis and fluorescence in plants at Scion’s in-house nursery. She says, “It’s a good foundation and experience for me because I’m really new in this field – forestry and GIS. It’s been really helpful for me.”

Now at the end of their internships, Rob and Honey Jane will be heading back to Toi Ohomai to continue their studies. Shideen, who has finished studying, will be staying on at Scion to undertake new projects. After three months at Scion they all agreed – their experiences have given them invaluable new insights.

Internships are just one of the ways that Scion and Toi Ohomai are working together. The organisations also share a joint position ‘Chair of Sustainable Forestry’ held by Dr Tim Payn.

Tim is responsible for facilitating collaborative student based research projects between the two institutes, continuing to conduct his internationally recognised research, and contributing to teaching programmes at Toi Ohomai.

He says, “Scion and Toi Ohomai have a fantastic opportunity to build new pathways for people to enter the forestry industry. These three internships are just a taste of what's to come." 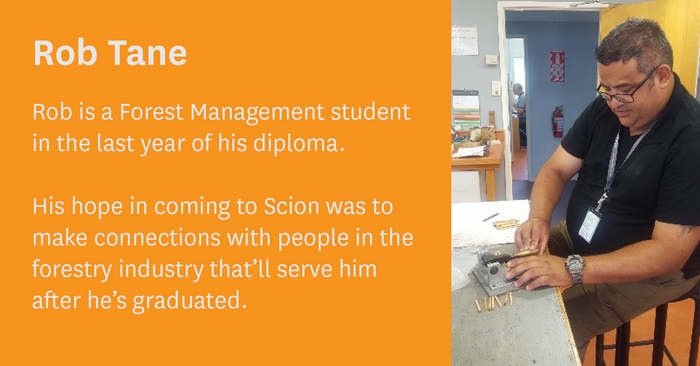 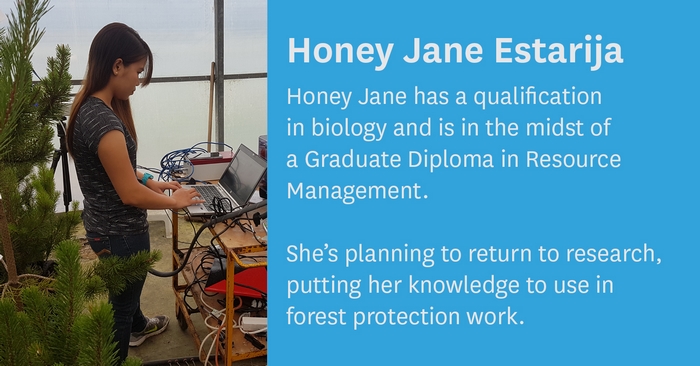 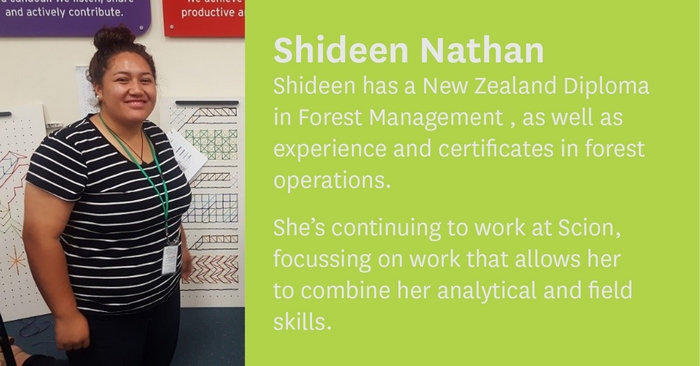