A parasitoid wasp species could be the answer in controlling the destructive giant willow aphid that is not only putting trees at risk, but also affecting fruit growers and beekeepers.

Entomologist Stephanie Sopow talks with Radio NZ’s Alison Ballance about the measures being taken to control the giant willow aphid.

The sticky honeydew excreted by the aphids gets covered by a sooty mould preventing plants from photosynthesising, reducing the value of fruit. Large numbers of wasps are attracted to the honeydew, killing off bees, and any bees that do feed on the honeydew produce crystalline honey that cannot be extracted from the comb.

Stephanie travelled to California where the help of a citizen scientist saw her collect aphids that were infected with parasitoids. As well as testing how effective the parasitoids are at infecting and killing giant willow aphids, Stephanie is also testing to make sure the wasp won’t parasitise other aphid species. 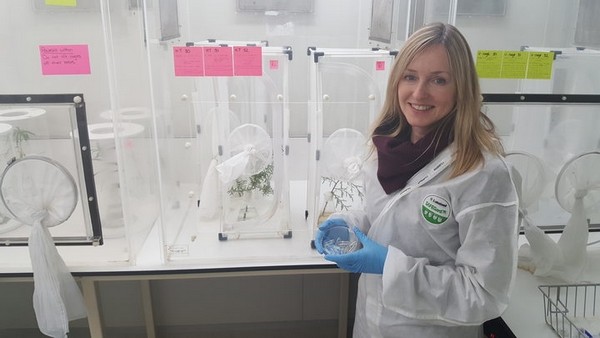