Predicting pests before they arrive

Keeping pest insects out of Aotearoa New Zealand is a crucial part of protecting our unique natural environment and primary industries.

Led by Scion Post-Doctoral Fellow Rebecca Turner, a new tool is combining mathematical modelling with insect interception data to predict which new insects are likely to invade next.

Rebecca says they’re collecting data on which insects have been intercepted or have become established in both New Zealand and overseas in recent years. They’re aiming to collect all data by the end of the year, with it then being fed into a theoretical model that will predict future threats.

“Most of our overseas data comes from the United States (US) as they have a long history of collecting biosecurity data. However, because insects that are moving by trade tend to turn up in both New Zealand and the US, this data are very useful to compare with our own data”, she says.

“There will be a slight difference in the composition of the trade sources between countries, but overall the insects arriving are similar.

“For example, the number of bark beetles arriving in New Zealand is positively correlated with numbers arriving in the US. Also, the US being bigger gives us more data to work with.”

This project is part of the BioHeritage Challenge, which is striving to help create a world-class biosecurity system. The development of this tool feeds into a wider programme that is developing mobile apps to report suspected biosecurity threats. 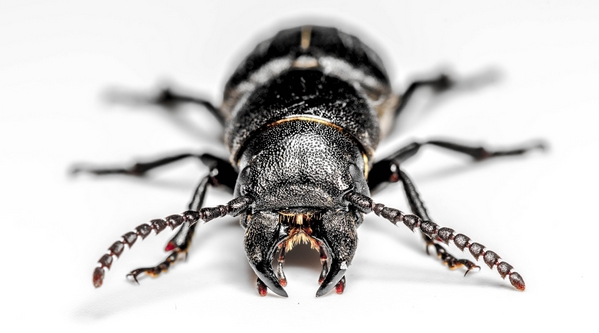 Bark beetles are one of the pest insects a new tool could help protect New Zealand from.