Plants stressed by a good dose of herbicide start to photosynthesise inefficiently. Measuring the light/energy reflected from leaves or needles is a promising way to quantify just how much stress, and if the dose is fatal. This will be a very useful tool in winning against wildings.

Wilding pines are trees growing where they are not wanted. Sprouting from windblown seeds from early forestry and farm plantings, they now infest around two million hectares and are infecting a further 100,000 ha every year. Affected areas are at risk from Pinus contorta, Pinus nigra and Douglas-fir and others, spurring local, regional and national efforts towards halting the invasion and pushing the pines back.

Remote sensing techniques are being successfully used to detect wilding conifers. Now their potential to monitor the effects of wilding control efforts using herbicides is being explored.

A collaborative team of Scion staff and researchers from the University of Trier, Germany, has set up a ‘lab’ experiment using two metre tall contorta pines in pots. Some of the trees were sprayed with the herbicide diquat (Reglone), others with triclopyr (Grazon), with the remainder serving as controls. Diquat works by inhibiting photosynthesis. Triclopyr mimics a hormone and causes uncontrolled and disorganised plant growth that leads to death.

Visible and spectral changes and photosynthesis responses to the two herbicides were quite different. Response to diquat was seen almost immediately and the needles were brown after three weeks. Discolouration from triclopyr only was visible after two weeks. Changes in photosynthesis parameters also occurred later for triclopyr.

The hyperspectral data was used to calculate indices to detect changes due to stress, such as Photochemical Reflectance Index (PRI), which gives an indication of how efficiently plants are using light during photosynthesis.

PRI correlated with photosynthesis parameters and was able to differentiate between herbicide treatments and the control within two days following spraying.

This suggests PRI would be useful in detecting changes in photosynthesis resulting from herbicide application (and other stressors) and to monitor its effectiveness. For example, triclopyr has been found to work well in laboratory conditions but not so well in field, with large trees surviving control treatments. PRI could be used to assess damage after treatment and whether a follow up application is needed.

In this work the camera was very close to the trees it scanned. The next step is to show that more distant monitoring is possible. Ideally, satellite hyperspectral imagery would be the most useful to keep an eye on the effects of wilding control.

The future of wilding control in remote sensing

Remote sensing technologies, combining hyperspectral and laser scanning data collected via satellite, unmanned aerial vehicles or larger aircraft, seem set to play a significant role in New Zealand’s efforts to identify and control wilding pines. Scion researchers are working on methods to identify and locate wildings in landscapes ranging from grassland to broken hill country. Others are looking at increasing the accuracy of herbicide delivery, using wilding locations pin-pointed by the remote sensing results. Following control, the effectiveness of the operation, and the recovery of the land, can also be monitored with repeated remote sensing. 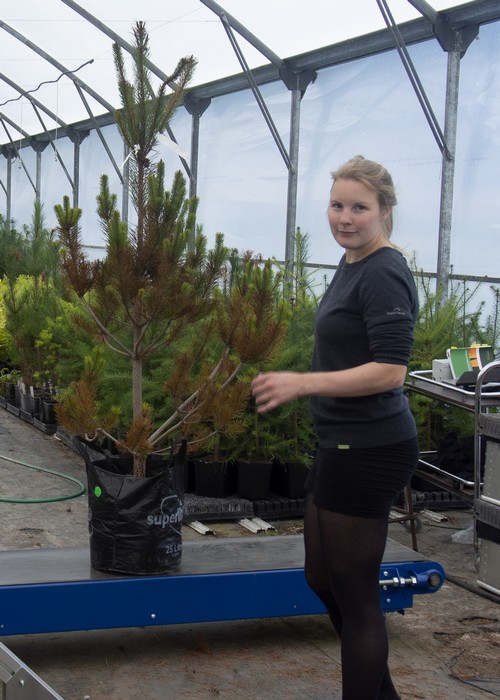 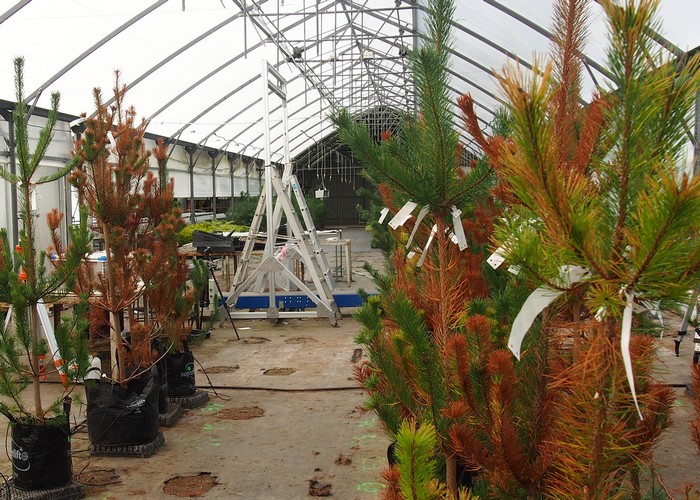 The test rig and trees.