A study conducted by Scion during 2018/2019 found that plastic microparticles were present in most samples collected from 29 Auckland beaches and waterways.

Nearly 90% of the microparticles collected were fibres. Of these, about 1/3 were plant-based, such as cellulose or regenerated cellulose like rayon. The other main sources of fibres were polyethylene, polyethylene terephthalte and polypropylene.

“Many microfibres find their way in to the environment via our washing machines,” says Kate. “Some items of clothing have been reported to shed nearly two grams of fibre every time they are washed.”

The levels of plastic microparticles found in Auckland were similar to those found in an earlier study looking at waterways and beaches around the Christchurch region.

Worldwide, plastic microparticles (smaller than 5 mm) may pose a threat to aquatic organisms. The smallest particles (<100 µm) have been found in the tissues of fish and other sea life. There is a risk that chemicals might migrate out of the particles and cause harm. The risks posed by microplastic particles to marine life and organisms further the food chain, like humans, still need to be established.

Results from this study are a snapshot of the state of the waterways around our most populated city. With its diverse zones including high industry, commercial, residential and parkland next to aquatic environments, Auckland is a good natural laboratory to study the nature and source of plastic microparticle pollution in our aquatic environment.

With this baseline, New Zealand can start to look at ways to reduce and remove plastic pollution from our environment. This could include reducing its use, removing major sources of plastic microparticles before they enter the environment, and the introduction of alternative options such as marine degradable plastics. Scion’s Roadmap for NZ New Plastics Economy will be part of this.

The research was led by Scion in collaboration with the University of Canterbury and Auckland Council. The Ministry for the Environment’s Waste Minimisation Fund provided funding, as did Packaging New Zealand. Samples were taken at high tide and intertidal zones during July 2018. 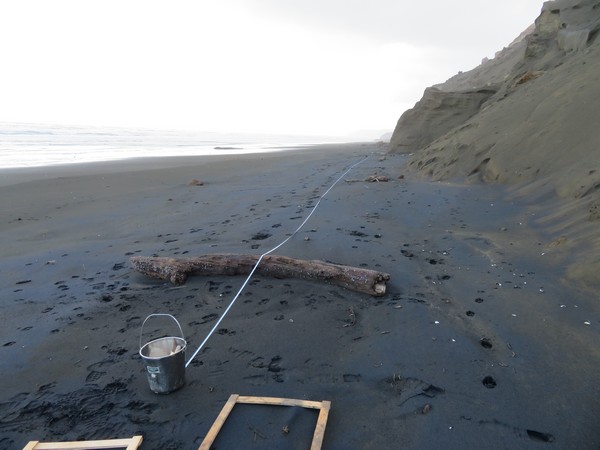 Watch a video on turning the tide on plastic microparticles: