The 2020 Science New Zealand awards have once again highlighted the cutting-edge work of New Zealand’s government-owned science and research organisations.

The awards were held in Parliament on 3 December and saw all seven Crown research institutes and Callaghan Innovation gather to celebrate the success of each other's work over what has been a remarkable year emphasising the importance of science.

Dr Kelly Wade took out the early career researcher award. Kelly has brought a fresh perspective to packaging innovation by applying his knowledge of biomechanics to packaging materials. This novel approach has also been recognised by the Australian Institute of Packaging when Kelly was named the 2020 Australasian Young Packaging Professional of the Year. Kelly runs Scion’s internationally unique box testing facility, and he leads a National Science Challenge Science for Technological Innovation project creating biobased materials that can be applied to develop sustainable packaging.

Greg has authored many papers on indigenous tree species with specific emphasis on managing kauri, tōtara and indigenous hardwoods in plantations. His research on the growth and yield of New Zealand kauri showed that planted kauri stands aged 20 to 60 years were 20 times more productive than natural stands. His work has blown the estimated kauri crop rotations of hundreds of years out of the water.

Greg is acknowledged by his colleagues, industry and Māori partners for his patient wisdom, expertise and willingness to mentor others.

Scion’s geomatics team has significantly developed the use of cutting-edge remote sensing technologies to help foresters improve the health and productivity of their trees. This includes the first known trial of scanning lidar from beneath the forest canopy using a self-guiding Hovermap SLAM laser scanner. 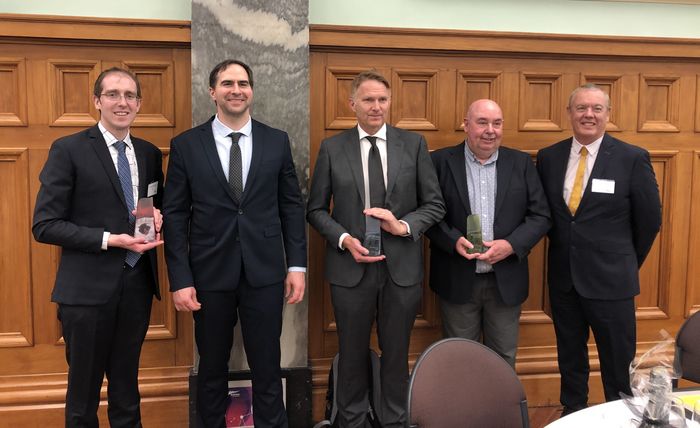