Many people don’t know that New Zealand recently had one of its largest wildfires in the last 20 years. Located in the high country, near Dunedin, it burned over 5000 hectares of remote bush, but without minimal damage to assets, it drew minimal attention. 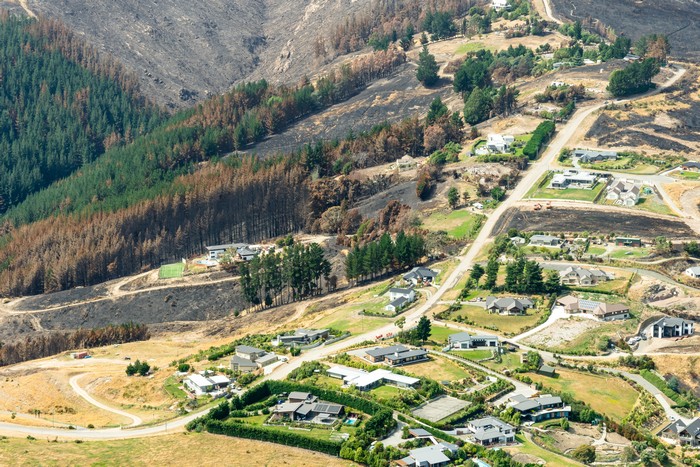 This has highlighted a general concern that people are not aware of the increasing fire risk to New Zealand.  Rural fire research leader Dr Tara Strand says, “It [the fire] happened about the same time as the Australian fires kicked off and no one in the media really noticed because the Australian fires were so big and this one was remote.”

Tara, along with fellow researchers from the Scion rural fire research team, Lisa Langer, Grant Pearce and Melanie Mark-Shadbolt (Chief Executive and Researcher at Te Tira Whakamātaki), took part in a panel discussion on Radio New Zealand’s Our Changing World programme and talked about fire awareness and their research.

New Zealand is fortunate to have a maritime climate, which provides us with a buffer, or lag in seeing the effects of climate change currently felt in Australia, although we are still on the same trend for change. Tara says, “It [our maritime climate] allows us to develop our science tools and technology, and work with communities to put ourselves in front, and to prepare, to maybe even develop some tools that can be used globally for these type of fires.”

Grant Pearce has been working on rural fire research in New Zealand for over 25 years. He says that predictions for climate change in New Zealand, include “increasing temperatures, changing rainfall patterns across the country, less rainfall in the eastern parts of the country and also stronger westerly winds and potentially lower relative humidities. So, you combine all of those effects and that means we’ll see increased fire dangers in many parts of the country.” 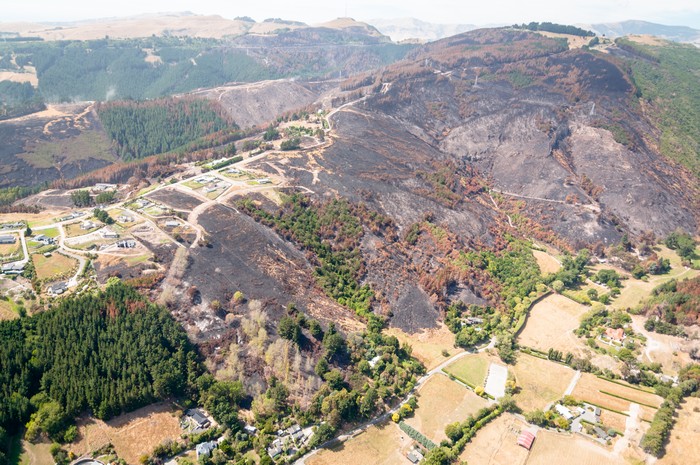 Smoke forecasting is Tara’s specialty. “We’re trying to understand the amount of smoke that’s coming off a fire and, importantly, where that smoke may go. The fire behaviour affects a certain area but smoke can go many many kilometres, as we’ve seen recently, as New Zealand has been hit pretty heavily with smoke from the Australian fires.”

Social scientist Lisa Langer is focusing on community preparedness, with a case study underway focused on a suburban development near Mt Iron, Wanaka. “There’s a lot of work to be done in understanding communities which are establishing in new housing developments especially on the fringe of urban areas with varying levels of awareness, and translation of awareness into being  prepared for wildfires.”

Research collaborator Melanie Mark-Shadbolt says that there are “multiple levels of understandings” New Zealanders can take from the Māori approach to both community and environment, especially when it comes to planning for extreme fire events.  Mātauranga Māori, or traditional knowledge embraces mythological storytelling which has been used in identifying plants that have greater flammability than others.

Melanie explains that the sharing of stories reflects the Māori integrated approach to community, encouraging conversations about what is most valued, and therefore in greater need of protection.  This is particularly crucial for isolated, rural communities, she says, and is the basis of their collaboration with Scion.  “If you think of a big wildfire hitting a small town, potentially the resources can only save one or two things and so communities need to have had those discussions …where they want the firefighting resources to be sent.”

Listen to the full podcast (28 minutes), and follow the rural fire research team on their blog. 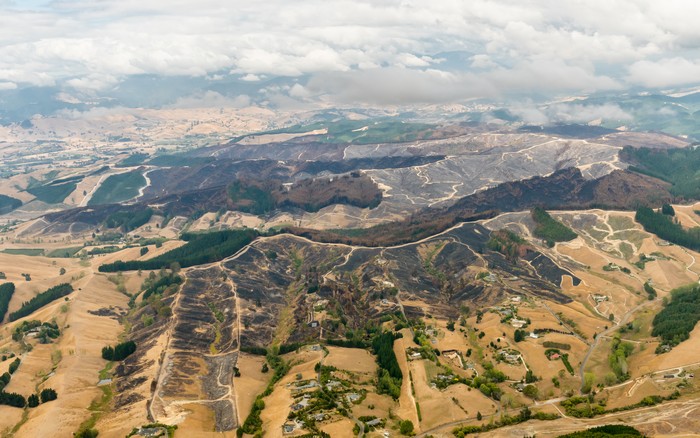