All seven Crown Research Institutes and Callaghan Innovation have awardees in three categories. Scion’s awardee for Lifetime Achievement is Doctor of Science, Lloyd Donaldson for his microscopist work, Scion’s awardee for Early Career Researcher is Dr Qiliang Fu - leading scientist in wood nanotechnology and functionalisation, and our awardee for the Team Award is the Agrisea NZ and Scion collaboration.

Scion chief executive Dr Julian Elder said the awards showed the depth of talent across Crown scientists including Scion, which is recognised nation-wide and internationally.

“It’s wonderful to see a lifetime of significant work such as Lloyd’s being recognised, and the innovation behind the wood nanotechnology and the Agrisea partnership are examples of how cutting-edge the science here at Scion is.”

Scion Forests and Biotechnology scientist Dr Lloyd Donaldson received one of eight Lifetime Achievement Awards for his influence as an internationally recognised microscopist specialising in plant anatomy and ultrastructure for the last 40 years at Scion. He has pioneered techniques in confocal fluorescence imaging of wood and biomaterials, with his methods forming a part of researcher toolboxes globally.

With an h-index of 42 (Google Scholar), he has over 100 publications including sixteen books and book chapters, with his images selected four times as journal covers.

An Early Career Researcher Award was made to scientist Dr Qiliang Fu who specialises in wood nanotechnologies, including various chemical treatment and functional approaches, applied to tailor and modify the nanostructure of bulk wood. Dr Fu has contributed strongly to developing this field globally.

Dr Fu did the original research on transparent wood and transparent wood film, novel designs and multifunctionalities of sustainable materials. This work has led to breakthroughs in transparent, fire-retardant, hydrophobic/lipophilic and opto-electronic applications.

The team developed a method to produce nanocellulose from AgriSea’s seaweed waste stream without disrupting current products and processing. Their innovative approach enables the extraction, isolation and manufacture of high-value nanocellulose hydrogel and nanocellulose. Applications for these materials include performance biocomposites, biomedical engineering applications, wound care, cosmetics and drug delivery.

The Scion technology to produce seaweed nanocellulose was licensed and transferred to AgriSea at the start of 2021. Manufacture of nanocellulose was successfully trialled at pilot scale (funded through the Bioresource Processing Alliance).

An intergenerational whānau business, AgriSea is now upgrading its factory to include an industrial nanocellulose production plant in its hometown of Paeroa and employs local people in coastal regions to collect beach cast seaweed. 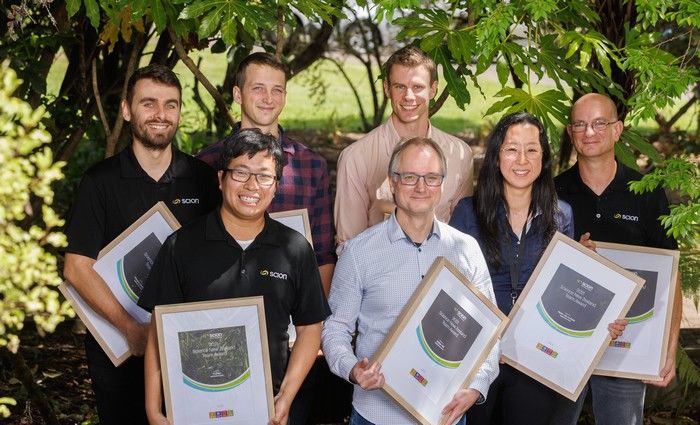 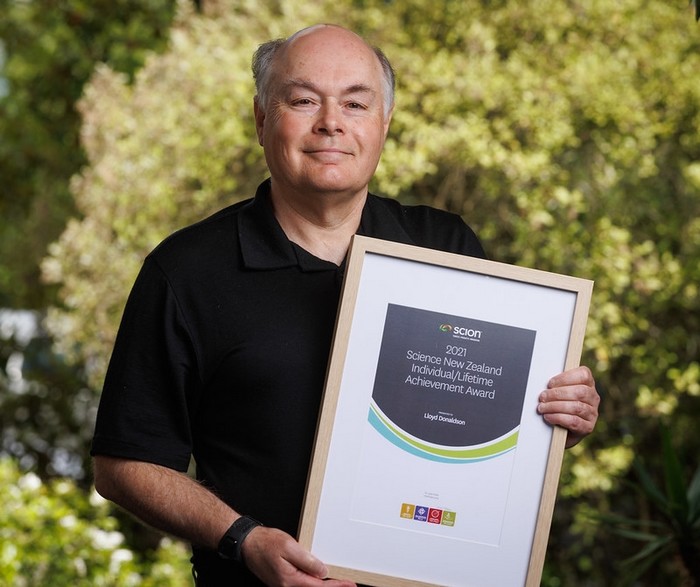 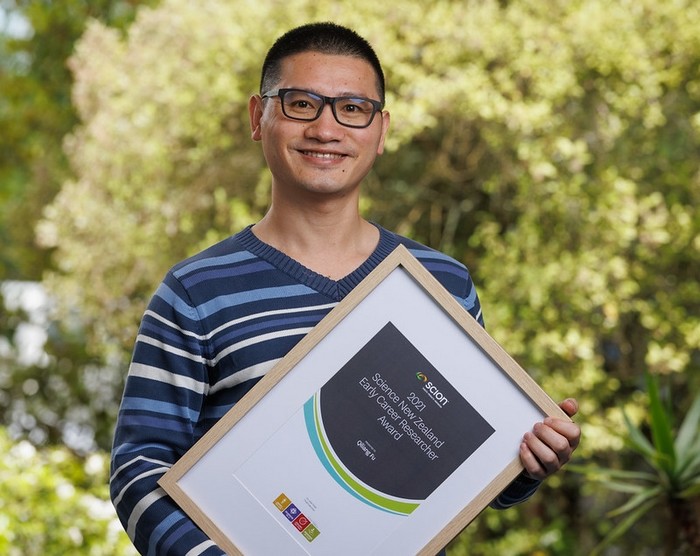