Scion scientists are leading two B3 projects that test the possibilities of latest technology. They are:

Beyond soil baiting: toward application of an eRNA diagnostic tool for Phytophthora

This 3-year project led by Darryl Herron will apply eRNA (environmental RNA) techniques for the rapid identification of living or viable pathogen communities in soils. Because RNA is fleeting and is broken down rapidly in the environment, eRNA gives you a glimpse of what the community looks like now, who is alive and active. In contrast, environmental DNA, (or eDNA) is more stable and stays in the environment longer (see project below).

This is one of several B3 projects with a focus on fast, cost-effective, robust and accurate diagnostic methods and tools to enable informed biosecurity decisions.

This is a 5-year project led by Andrew Cridge that will develop robust air sampling eDNA protocols for invasive species. This is part of a B3 research theme aimed at developing tools and strategies for preparedness for and response to incursions of invasive plant pest species, including determining their presence or absence.

Environmental DNA, or eDNA, refers to all the tiny traces of genetic material that is left behind as living things pass through water or soil or even floating in the air.  We can purify eDNA from environmental samples, such as water or soil, and sequence it to identify the presence or absence of species in a location. This is done by comparing eDNA to reference sequences for different species, which are known as DNA barcodes.

eDNA is increasingly being used around the world, including detection of biosecurity pests such as microorganisms, insects and plants. 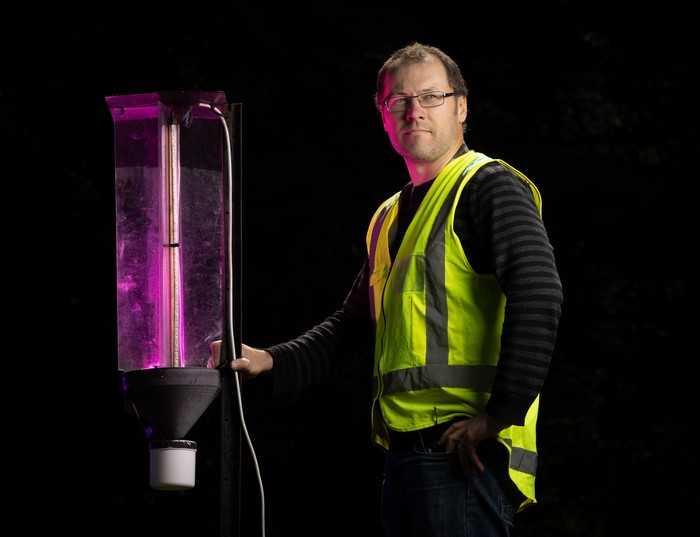 eDNA from the air. Scion researcher Carl Wardaugh has installed UV light traps at the Port of Tauranga to help detect the arrival of foreign insects. All of the insects caught are analysed in the lab to tell us the DNA of every insect species caught in the trap. If a new insect species or a known threat comes into Tauranga, we know where and when it was collected, and we can take steps to eradicate it.

Developing DNA diagnostic technologies like this allows us to cost-effectively scale-up our efforts to find new pests early. This early detection is essential for protecting our natural and productive environments.

Scion is also contributing to a new B3 project called ‘Testing the Toolbox: Reducing uncertainty around non-target impacts from biocontrol agents by validating tool predictions’. This new 5-year project (led by Plant and Food) will validate tools for regulators, decision-makers, applicants, and submitters, that predict the impact of putative biological control agents on non-target organisms.

Read about all the new B3 projects