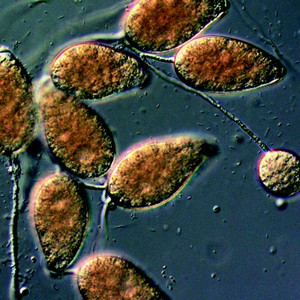 Scion was allocated $10 million funding from the Ministry of Business, Innovation and Employment (MBIE) over six years (2013 – 2019), with significant co-funding from sector groups, to lead a collaborative programme to address the biosecurity threat of Phytophthora species to New Zealand’s primary agricultural, horticultural and forestry industries, and natural ecosystems.

Without proactive intervention, the Government’s goal to increase export earnings to 40% of GDP by 2025 is at risk, along with the health of New Zealand’s indigenous and urban forest estates.

Scion took a broad approach to the research programme, building on our existing programmes for red needle cast, kauri dieback and other Phytophthora species.

We adopted a multi-host pathogen model for screening and selecting trees that are resilient to a wide range of Phytophthora species. Three hosts were selected that are vital to our primary export economy and natural heritage – radiata pine, apples and kauri.

A systems biology approach was applied to characterise the host-pathogen interaction from molecule to tree, gaining a better understanding of the mechanisms of disease resistance. That involved techniques such as pathology, breeding, NMR, mass spectroscopy and next generation sequencing.

The aim was to build a library of pathogen profiles for future identification and screening purposes, which aid the development of disease management and breeding programmes for resistance to a broad range of Phytophthora species. 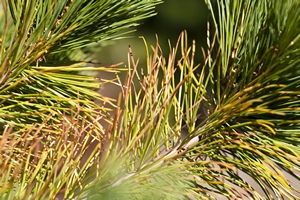 Red needle cast is a foliar disease of radiata pine caused by Phytophthora pluvialis. The disease causes defoliation, slowing tree growth rates and leading to a reduction in annual diameter increment. The disease affects tree health and could impact on commercial forest productivity.

Our research has shown P. pluvialis does not pose a direct threat to New Zealand’s log trade. Extensive sampling has shown that spores only affect live foliage and do not contaminate logs. However the log trade is worth $1.7 billion per year and immediate trading bands due to biosecurity issues are a major concern to the industry.

Scion views RNC research as a high priority with a focus on protecting the productivity of New Zealand’s forestry industry. Alongside this programme, Scion is also undertaking further work to develop a viable chemical control for RNC. 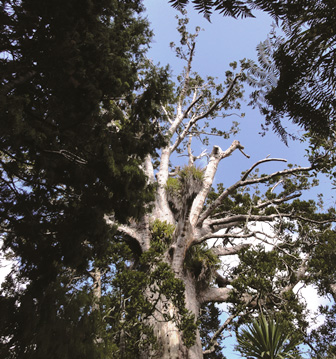 Kauri is of natural and cultural significance to New Zealand. It is a keystone indigenous species (Tāonga species) that supports a unique and complex ecosystem.

Kauri dieback, caused by Phytophthora agathidicida, poses a serious threat to kauri. The pathogen attacks the roots of kauri, destroying their ability to draw water and nutrients from the soil. The disease causes sap bleeding lesions on the trunk, and yellowing and thinning of the canopy with many infected trees dying. The soil borne pathogen is easily spread through the transfer of organic matter by humans, animals of the transfer of plant based material from infested areas.

We are working in collaboration with the Kauri Dieback Programme Tangata Whenua Rōpū.

Apple crown rot is caused by Phytophthora cactorum.  They can cause 1 – 20% tree loss within the first three years of planting, and ongoing losses from there. This significantly affects New Zealand’s second largest fresh fruit export, worth $500 million per year. 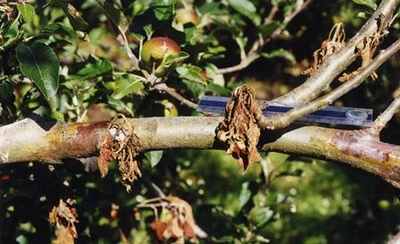 The pathogen can attack all parts of the tree: root, crown (root-trunk junction) and collar. They can also cause fruit rots and shoot blights, and sub-lethal ‘root nibbling’ which has an ongoing effect on productivity.

Phytophthora cactorum has a wide host range and is present in most apple orchards. Resistant root stocks are considered the best long-term strategy for control.