Are hybrid pines the super trees of the future? 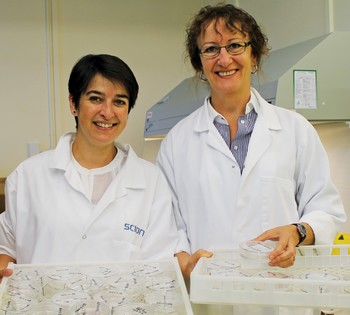 Dr Paloma Moncalean (left) and Cathy Hargreaves in the laboratory.

Hybrid pines are promising to play an increasingly important role in commercial forestry, particularly for the cold, dry southern regions of New Zealand.

Field trials of Pinus radiata x P. attenuata hybrids established by Scion and forest tree seed company Proseed in the late 1990s, show the now mid-rotation hybrids to be tolerant of cold and dry conditions, and to have good resistance to snow.

The hybrids were first produced as possible alternatives to radiata pine for southern conditions. Parent trees were selected for growth and form, and seedlots trialled at various South Island sites. Sixteen years later at mid-rotation, the hybrids are demonstrating the cold and snow resistance of P. attenuata combined with the faster growth of P. radiata. The hybrids are performing well at altitudes of around 300 – 800 metres (above sea level) where neither individual parent species grow well. Their open crown form also helps them withstand the strong winds common to these regions. Core samples are currently being tested at Scion to compare wood density of the hybrids to that of the individual parent species.

"Based on these results we have been promoting hybrids to South Island forest growers and making seed commercially available for the past five years,” says Shaf van Ballekom, Proseed Chief Executive. “These hybrids show superior performance with good resistance to cold and drought compared with the individual species. Companies have already begun planting them particularly in snow prone areas.

“The hybrids are ideal for the south and may provide a solution for land owners in high country areas where the declining viability of extensive livestock farming has spurred an interest in afforestation.”

The growing demand on land for agriculture and urban development often means commercial forests are increasingly being planted on marginal, dry and more mountainous sites. The increasing occurrences of extreme weather events as a result of the warming global climate also create an environment where hybrids such as these may prove a valuable commercial resource for the future.

According to Dr Heidi Dungey, Science Leader for Forest Genetics at Scion, many hybrid Pinus species have been created in the past to obtain trees better adapted to environmental conditions than the pure species alone. “Our aim is to eventually test these hybrids on other sites around New Zealand for their potential as a commercial forestry species for cold, dry and exposed areas.

“In 1994, there were an estimated two million hectares of land in the South Island high country with potential for forestry. The climate in these regions is colder and drier than the rest of the country, and this hybrid offers a real alternative to existing pine species for these conditions, particularly in areas where resource consent may be an issue.” 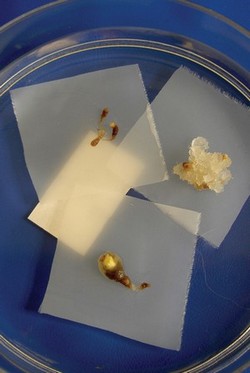 Field trials conducted with Proseed and Edendale nursery, show P. attenuata x P. radiata var cedrosensis thrives in the hot, dry summers and snow-laden winters of areas such as the South Island’s McKenzie Basin. The Neiker-Tecnalia team has been studying the physiological aspects of the hybrid’s resistance to drought in glasshouse-based trials using seedlots supplied by Proseed.

Research leader for the Neiker-Technalia team, biotechnologist Dr Paloma Moncalean, is currently on a 12 week sabbatical to Scion, funded by the OECD1, to help advance the propagation protocols and integrate the process with current nursery practice.

“Using our expertise in somatic embryogenesis from previous work with Pinus species, we have generated hundreds of new cell lines of the hybrid,” says Cathy Hargreaves, Scion’s micropropagation specialist and research leader in Forest Genetics. “These cell lines – populations of cells with the same genetic material - consist of embryogenic tissue that contains thousands of small embryos. This has the potential to reduce the cost of propagation and, more importantly, facilitate the storage of embryogenic tissue while field testing of the identical material takes place.

“Field testing allows us to see the potential of the new cell lines. If they perform well over the next five to ten years – by showing good growth and high tolerance to drought and snow - we can go back to the embryogenic tissue stored in liquid nitrogen and produce thousands of identical plants for afforestation.

“Progress with our experimental work has been excellent; so far it looks like our hybrid initiations are going to be as good as our best results working with protocols previously developed at Scion. This is tremendously encouraging. It opens up huge opportunities for continued collaboration between our organisations as we optimise proliferation, cryopreservation and maturation protocols for the hybrid.

“We hope to be able to one day screen new genotypes in-vitro for their field drought resistance. We want to obtain a super tree able to grow through the future climate change scenarios.”

1Organisation for Economic Cooperation and Development 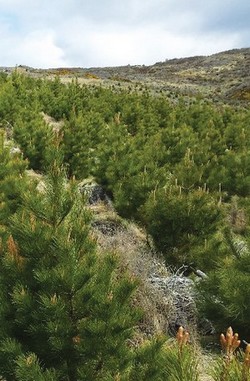 Hybrid pines are being trialled at various South Island sites. 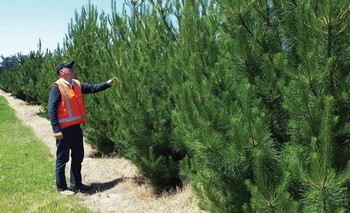