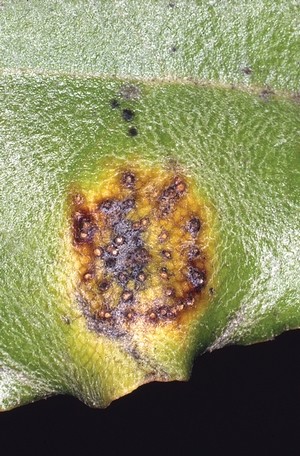 Keeping invasive pests out of forests should be a top priority for all countries according to Scion Principal Scientist, Dr Eckehard (Ecki) Brockerhoff. Ecki is co-author of a review on global biosecurity published recently in the prestigious journal, Science. In the review, Ecki and his co-authors from the University of Pretoria, stress the need for urgency in developing a global strategy to deal with pests in planted forests.

“Forests worldwide are continually under threat from introduced insects and pathogens despite the best biosecurity efforts,” he says. “Without a concerted global effort to understand and control invasive pests, the problem will worsen as international trade increases.

“Planted forests of radiata pine have been successful partly because the trees have been separated from their natural pests. This also makes them vulnerable if these pests accidently arrive, or if trees encounter new pests for which they have no resistance.

“Keeping forests secure relies on quarantine, treatment of imported goods, and monitoring insect traps and trees around ports and other high risk sites. When these biosecurity measures are applied strictly, they work very well. New Zealand has some of the best practices in the world.

“But biosecurity is only as strong as its weakest link. Many countries don’t have the resources to put biosecurity measures in place, and once a pest becomes established, it can be impossible to eradicate. The pest can use the new country as a stepping stone for further invasions.”

Over and above a forest’s ability to regulate climate, store carbon, prevent erosion and improve water and air quality, the planted forestry industry is New Zealand’s third largest export earner, contributing around $5 billion a year to the economy. Ecki says the future of planted forests will be influenced by our ability to respond to damaging pests and the threat of biological invasions. He goes on to say that the only way we can realistically deal with tree pests will be through global collaborations, and the sharing of experience and research findings.

“Single country strategies won’t be sufficient as the threats to both planted and indigenous forests increase worldwide. And it’s also unlikely that poorer countries can afford to maintain the level of biosecurity needed for total exclusion. A good example is the introduction of myrtle rust, caused by Puccinia psidii, into Australia despite considerable knowledge of the pathogen, and Australia having some of the best phytosanitary measures in place as well as the benefit of relative geographical isolation. We are now working closely with our Australian counterparts to prepare for a possible incursion of the pathogen here.”

Preparing for future invasions is not simply recognising there is a problem, but also investing in research and innovation. Our scientists, and those at other organisations here and overseas, are using techniques such as biological control – introducing natural predators, and knowledge of tree genetics and forest ecosystems to develop non-chemical methods for controlling existing pests and preparing for future threats.

“We have excellent systems in place to prevent the arrival of forest pests and diseases, to respond to incursions and to manage those that do become established,” says Ecki. “But while institutions like the International Union of Forest Research Organizations (IUFRO) help facilitate collaboration, there is no single body or funding structure to support a global strategy for dealing with pests in planted forests.”

According to Ecki, now is the right time to talk about this issue with one of the focus areas of this year’s World Forestry Congress of the Food and Agriculture Organisation for the United Nations having been on forest health and sustainability.

He stresses that with increasing globalisation and international trade, it is important for New Zealand to maintain strong international networks to address the biosecurity challenge collectively and, through science partnerships, help countries that may not have the resources or expertise to put biosecurity measures in place.