Forest growers be prepared, El Niño’s back in town! 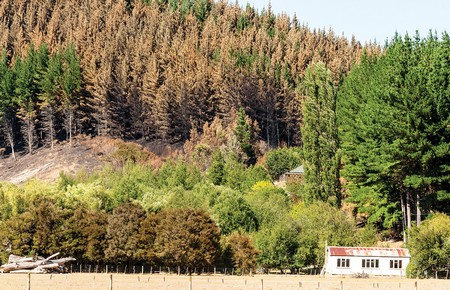 El Niño is here and already making its presence felt. Recent fires that blazed through plantation forests in Waikakaho Valley, near Blenheim, are perhaps the first of the summer’s casualties of what Scion’s Research Leader and atmospheric dispersion specialist Dr Tara Strand calls “a textbook synoptic El Niño weather pattern for New Zealand.”

El Niño is a natural occurrence that returns every 3-7 years, usually around winter or spring and diminishing late summer or autumn. Over this time, winds tend to be stronger and more frequent from the west in summer, bringing more rain to the west and drought to east coast areas.

“In the North Island, a pressure ridge builds over the northern regions, resulting in less rainfall in the Auckland, Northland and Gisborne/Hawke’s Bay areas.

“Historically, El Niño has brought severe drought to Hawke’s Bay and Gisborne, and this year’s event is shaping up to be similar in strength to those in 1982-83 and 1997-98. Both events saw severe fire dangers across large parts of the country and major fires in Northland, the central North Island, Nelson and Otago.”

The hot, dry and windy conditions typical of an El Niño create the ideal environment for wildfires that are likely to burn more intensely with a greater potential for escape, therefore posing greater risk to property, natural resources and people. On average, around 3,000 wildfires occur each year throughout the country, laying waste to about 6,500 hectares of rural land with considerable environmental and economic impacts. In comparison, over 45,000 hectares were burned during the El Niño event in 1982-83, in the central North Island alone.

Increased uptake of science and fire behaviour tools by New Zealand fire managers over the past 24 years is helping to reduce wildfire risk and protect life and property, and to build more resilient rural communities. Our Rural Fire Research Team provides the science and technical expertise in fire research to the rural fire sector, providing fire managers with a greater understanding of fire behaviour under various conditions and fuel types, and with a range of fire management tools.

This was demonstrated earlier this year when fire scientist Veronica Clifford served as technical specialist for the National Incident Management Team deployed to manage  wildfires that swept through 600 hectares of forest at Onamalutu, in Marlborough, and more recently during the Waikakaho fire. It’s estimated about 450 hectares of forests were destroyed in the Waikakaho Valley wildfire, the majority of which was close to harvest. Veronica used the fire behaviour model Prometheus and the New Zealand Fire Behaviour Toolkit to provide fire weather forecasts, and fire behaviour and growth predictions for the Marlborough/Kaikoura Rural Fire Authority, which formed the basis of their operational decisions.

“By taking into account weather conditions, the lie of the land and vegetation, and the way they interact, we can go a long way to predicting the behaviour of most fires,” says Veronica. “I used up-to-date weather forecasts for the area and other information to  predict what the fire was likely to do over the next 12-hour period. Then I briefed management and the fire crews at twice daily shift changes.”

This year, the team has also been evaluating the weather data and fire danger indices used in the development of fire management plans for the Nelson and Marlborough regions. The information is being used to identify “trigger points” for high fire risk activities, such as roadside mowing and access to forestry and recreation areas that can be included in strategic and tactical fire management plans. 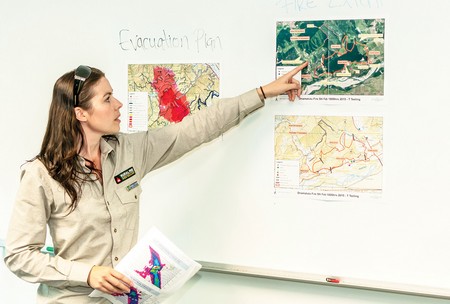 Science Leader for Forest Protection Lindsay Bulman says fire is just one of the issues for forest growers likely to be exacerbated by El Niño conditions. “Strong winds can cause catastrophic damage to planted forests, so it’s best to delay activities over this period that normally increase wind exposure to trees, such as thinning and felling.

“Increased drought also stresses the trees, making them more vulnerable to insect and pathogen attacks. Diplodia whorl canker could be a problem this summer - and can cause up to 30% tree loss. Infection usually occurs through wounds, particularly from pruning, so it’s best to avoid pruning over summer if expecting drought conditions.”