Strong, lightweight and economical are highly desirable properties when it comes to buying a car. But one made using corn residue?

This may be the case in the not so distant future. A revolutionary technology developed by Ashburton-based company LignoTech Developments Ltd, transforms bio-waste into a replacement for petrochemical and mineral fillers used in the manufacture of plastics and composites. This biomass transformation technology is capable of adding significant value to what would otherwise be livestock feed or go to landfill.

The project is a collaboration between LignoTech, research partner Scion and US-based Fisher Composite Technologies. LignoTech has developed a patented steam explosion technology which ‘pressure cooks’ lignocellulosic (woody) residue material, such as dried distillers grains, corn fibre and sugar beet pulp, making it more degradable and amenable to further processing. This creates a product that is suitable for use in plastic bio-composites.

With the corn-ethanol industry in the United States alone responsible for over 40 million tonnes of bio-waste a year, this technology is garnering serious interest internationally.

As Garry Haskett, Chief Executive of LignoTech says, sustainability, renewability, eco-efficiency and green chemistry are guiding principles of the next generation of materials and processes.  “We transform agricultural waste into something useful and give them a second life.” The powder produced from the LignoTech process can be used as filler in the manufacture of plastic bio-composites such as thermosets and thermoplastics, with the added advantage of being more versatile than other organic fillers. Thermoplastics are materials that melt and flow when heated, and can therefore be re-moulded, whereas thermosets cure, or set, and do not melt or flow when re-heated. 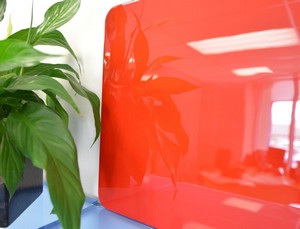 Bio-composites containing LignoTech treated fillers are lighter and stronger than their counterparts made with dense, heavy calcium carbonate. The process also makes smaller and more evenly sized particles allowing for tighter distribution, which makes for a superior, more paintable surface on the moulded product.

Millions of tonnes of dried distillers grains are derived from the production of ethanol from corn each year in the United States, and this ground-breaking technology is generating considerable interest from North American manufacturers.

Russell Fisher, president of the chemical engineering consultancy, Fisher Composite Technologies in South Carolina, is working alongside LignoTech and Scion to trial the technology with potential North American customers, ready for when LignoTech’s US plant comes on-stream later this year.

“This technology adds value to what would otherwise just be a mountain of bio-waste. Over and above its other benefits, SMC that’s made up of 15-25 percent LignoTech treated material has less than half the specific gravity than that made with calcium carbonate – meaning it weighs considerably less. This is huge for the automotive industry when it comes to gas mileage,” says Russell.

“This technology has even been embraced by Reichhold Corporation, one of the leading petrochemical companies involved in the manufacture of thermosets. They are working with us on this technology – that’s a huge endorsement.”

Scion is currently working on further enhancements to the LignoTech product by modifying the surface chemistry. 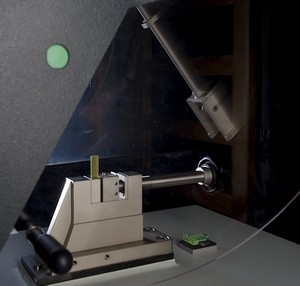 Scion has been working with LignoTech Developments Ltd since 2007, initially undertaking service contracts to test the mechanical properties of LignoTech material, such as impact resistance, stiffness and strength.

In 2010 a strategic collaborative agreement was established between the two companies.