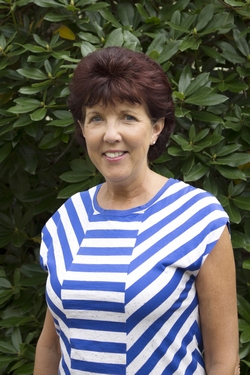 Scion has announced the appointment of Emeritus Professor Alison Stewart to the role of General Manager Forest Science.

“Her strong science track record complemented by her most recent work in the development and commercialisation of bioprotection products for the horticulture and pastoral sectors will bring substantial experience and capability to our leadership team,” said Dr Parker.

Emeritus Professor Stewart comes to Scion after three years as Senior Vice President R&D and Chief Technical Officer at Marrone Bio Innovations in California. Prior to that she was the founding director of the Bio-Protection Research Centre at Lincoln University and held various other roles at the university including Professor of Plant Pathology. She was Deputy Chair of Plant and Food Research from 2011-2013, a Director of the Waite Research Institute in Adelaide, and until recently an advisory member of the Californian Institute of Food and Agricultural Research at the University of California, Davis, and an external science advisor to the PGG Wrightson Primary Growth Project on biological seed additives.

Emeritus Professor Stewart will officially take over the role of forest science leader from Dr Brian Richardson next month.

After eight years in the role, Dr Richardson has moved on to fulfill his research interests and will remain at Scion taking up the role of Principal Scientist within Scion’s Forest Protection team.

Dr Parker said “Brian has been an outstanding science GM and contributed an enormous amount to Scion and its predecessors since he first joined the organisation in 1983 as a scientist in Forest Health. I’m very pleased that he is staying with Scion to return to his science research passions”.