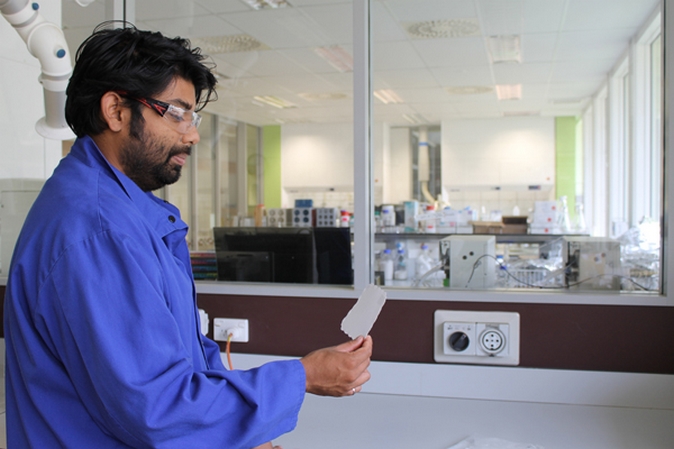 Scion scientist Dr Saad Hussain has been selected as a finalist in the KiwiNet Research Commercialisation Awards designed to celebrate commercialisation success within New Zealand’s universities and Crown research institutes.

Saad’s research focussing on biodegradable plastic packaging has resulted in the development of a “stretched foam film” with a thickness similar to that of paper. Made from polylactic acid (PLA), which is industrially compostable, the thin foams use less material and are lighter weight than comparable PLA plastics, two factors that could drive down production and transport costs. The innovation could revolutionise the packaging industry.

“Being nominated for this award is an honour,” says Saad. “The research leading to the nomination has been a collaborate effort and I want to acknowledge and thank my colleagues at Scion for all their work and support.”

KiwiNet is a consortium of 16 universities, Crown research institutes and a Crown entity established to boost commercial outcomes from publicly funded research.

CEO James Hutchinson says, “We’ve uncovered another stellar group of innovation game changers from across New Zealand. These researchers are showing how innovative kiwi science is driving prosperity, adding value to our economy and taking our technology to the world.”

Winners of the KiwiNet Awards 2017 will be announced at an evening reception on 13 July in Auckland.

For more information about the awards see kiwinet.org.nz