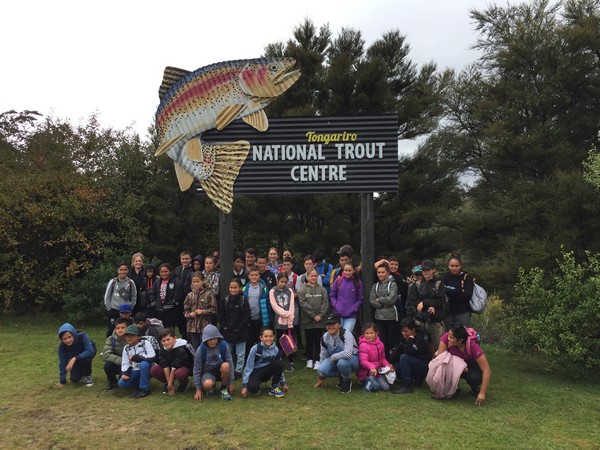 The first instalment of a new science and mātauranga Māori school holiday programme is now complete.

The programme, called ‘Tane’s Tamariki STEM School Holiday programme’, aspires to give tamariki a glimpse of the natural world through the eyes of science and mātauranga Māori and spark more participation in science, technology, engineering and mathematics (STEM) subjects.
The programme was designed for children of Ngāti Tūwharetoa and Te Arawa descent and any tamariki aged 5 to 18 with an interest in forestry or forest science. Supported by several schools in the region, the first session ran in April, and will be followed with further programmes during school holiday periods in July and October 2019.

On the first day, tamariki from Rotorua, Taupō and Turangi travelled to the Department of Conservation Tongariro National Trout Centre in Turangi where they learned about the introduction, reproduction and management of Rainbow and Brown Trout in the Taupō region. From there they were transported to Otukou Marae, Rotoaira (Tongariro) to learn about the Ngāti Hikairo tuna (eel) restoration programme. Tamariki learned about the tuna catch and release programme funded by Genesis Energy and how the effects of twentieth century hydro-dam activity, the predominance of trout, whitebaiting activity and sedimentation from forestry and farming have affected the number and breeding patterns of endemic long fin tuna in the central plateau region. Tamariki learned that tuna spawn in Tonga and make their way for two years through the Pacific to New Zealand and up inlets, rivers and streams to remote mountainous regions like Tongariro where they live for the next 80 years. Female tuna then journey back to the Pacific and eventually Tonga where they release their eggs and a new generation begins the cycle again.
John and Lena Morgan, the operators of the restoration programme shared their kaitiakitanga experiences. The Morgan whānau catch pregnant female tuna, then transport and release them downstream from dams. They taught tamariki how to spot female and male long finned eels, how to identify common short finned eels and how to catch and release inanga.
On day two, tamariki visited Contact Energy’s Wairakei Geothermal Power Station in Taupō where they toured the binary plant at Wairakei (built 1958) and Te Mihi (opened 2014). Tamariki did experiments with scientists and engineers, learned the New Zealand history of geothermal power generation and saw first-hand the technological developments of the sector in the last forty years. The day finished with a guided tour of Wairakei Terraces where they learned the Ngāti Tūwharetoa perspective of the area.

The July school holidays will see the tamariki visit scientists from Scion in Rotorua and learn about different aspects of growing forests, what they can be used for and what they can teach us.
Tane’s Tamariki STEM school holiday programme is co-funded between the Ministry for Business, Innovation and Employment’s Unlocking Curious Minds, Scion, He Māhuri Toa Lake Taupō Charitable Trust and Lake Taupō Forests Trust. 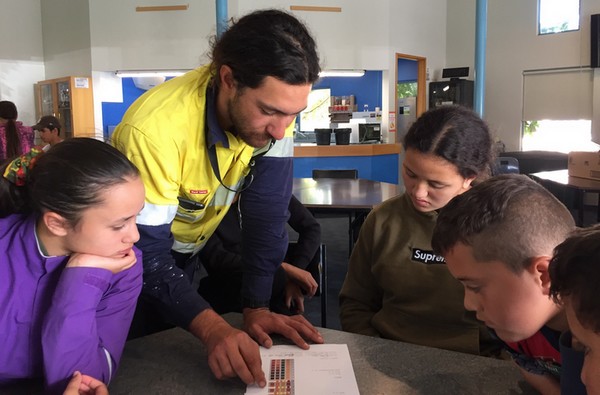