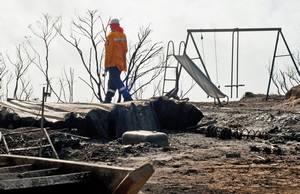 The recent spate of wild fires in the South Island is evidence that the current fire season is one of the worst in recent years. It is over a decade since the Canterbury and Marlborough regions have experienced such severe fire danger conditions, two areas whose hot, dry and windy conditions and wide open spaces create the ideal wildfire environment. And it’s likely this fusion of weather and wind will occur even more often.

Research undertaken by Scion’s fire research group and NIWA into the effects of climate change on fire risk indicates we can expect more of these severe conditions in the future, doubling or even trebling the fire risk in some areas, particularly the south-east and north of both islands.

“New Zealand is a relatively small country surrounded by sea, and as such is exposed to rapidly changing atmospheric conditions and strong winds which increase the likelihood of rural fires getting out of control,” says Scion fire scientist Grant Pearce.

“This season’s fires have involved more cases of house loss, evacuations and threat to people than in recent decades. We’re also seeing this trend in other parts of the world where fires are increasingly encroaching upon rural and semi-rural communities that are surrounded by flammable vegetation - the rural-urban interface.

“New land developments are expanding into rural areas and increasing the areas at risk. Likewise an increase in lifestyle blocks over the past decade means more trees and fuel, and often housing and other buildings being interspersed with highly flammable grass, scrub and forests.”

The annual cost of rural fires in New Zealand is in the vicinity of $100 million. While it’s a common misconception that there are few rural fires in New Zealand, this season being an exception, the vast majority are controlled quickly due to the rapid response by fire fighters, improved surveillance methods and the application of research and fire behaviour tools developed by our fire research team.

One such tool is a method to map high fire risk areas at the rural-urban interface, overlaying risk factors such as vegetation flammability, fire climate severity, slope steepness and fire history, as well as proximity to rural communities, distance from fire stations and water sources. This allows rural fire authorities to focus surveillance efforts on high risk areas, and have fire management strategies and resources ready in the event of a fire breaking out.

“Nearly all of the 3000 or so wildfires that occur every year in New Zealand are caused by humans, with less than one per cent from natural causes,” says social scientist Dr Lisa Langer. “Escaped land clearing burns are the most common cause, accounting for 20 per cent of all fires and almost half the total area burned by fires with a known cause. Most of these could be prevented by people having a greater awareness of current fire risks, better prevention measures in place, and being prepared should a fire break out.”

So what happens when a community is affected by wildfire as happened recently at Flock Hill in Canterbury, and Onamalutu in Marlborough?

“Apart from the damage to homes, property and animals, it’s often the intangibles that take longer to recover from,” says Lisa. “Evacuation, losing personal and often sentimental belongings, sometimes even livelihoods, is very stressful.

“Natural disasters affect entire communities. Our research has also shown that the presence or absence of community networks, such as schools and marae that are often community hubs, can have a significant effect on a community’s resilience to respond to wildfires.

“There is a real need for more effective communications around wildfire awareness, prevention and preparedness in rural communities. These need to be targeted and tailored to various groups within a community depending on whether they are regular fire users like farmers, recreational users like campers and hikers, cultural users or those who don’t use fire at all.

“We are now helping rural fire managers to develop communication strategies for the different fire user groups, and also those people living on the outskirts of towns and visitors who need to know the fire danger in their immediate vicinity. This may involve re-developing the messaging associated with fire danger signs.

“The biggest challenge will be getting people to take notice of the fire danger signs and be aware of appropriate behaviour around lighting fires in their local area to avert a possible disaster.” 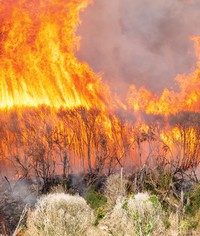 Be proactive and manage fire risk on your property:

Have a water source
Have an easily accessed water source such as a swimming pool or pond with a small pump, or irrigation system.

Know the risk
If considering using fire, know what the current fire danger and restrictions are in your area, or areas you might be visiting, by contacting the local Rural Fire Authority, council, DOC or forestry office.

Even better, work together
Work with neighbours to collectively reduce fire risks and educate other residents in the area to create a ‘FireSmart’ community.