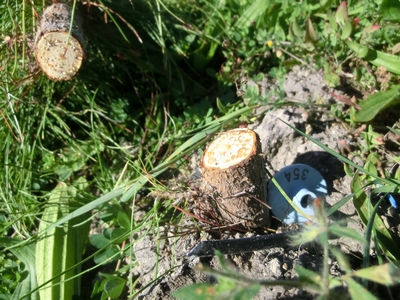 The attack on Scion’s field trial of genetically modified trees in April has revived debate about genetic modification (GM). Is it worth continuing to pursue this research given the enormous costs relating to compliance and security?

Forest growers believe that GM could provide environmental and economic benefits, and they support research to investigate this technology in the New Zealand context.

“GM has potential to reduce the need to use persistent herbicides in forest establishment and to eliminate the spread of wilding trees from plantations through the development of sterile clones,” says FOA senior policy analyst Glen Mackie.

“To have an informed debate on whether commercialisation would be a good idea, we need to investigate the risks and benefits.”

“The impetus from the industry and Government is to develop trees that grow faster, have higher value products, require lower inputs (such as herbicides and insecticides) and can mitigate climate change. Genetic modification is fast emerging in forestry as a safe and effective way of increasing the gains made through traditional breeding,” she explains.

Genetic modification is distinct from traditional breeding techniques because it allows plant breeders to introduce a single, clearly identified trait into a breeding population. The insertion of genes takes place in the laboratory.

“In some countries, New Zealand included, there has been reticence about GM while other parts of the world accept the technology and use it widely,” Elspeth says.

“In 2011, 16.7 million farmers in 29 countries grew genetically modified crops commercially, and over 90 percent of them were small farmers in developing countries. Numerous studies confirm that these crops provide significant economic and environmental benefit.”

Despite this evidence, some people are still unsure about the value and risks of GM plants in New Zealand’s environment.

“Decisions on whether or not to use genetically modified (or conventionally bred) plants should be made by governments based on scientific evidence,” Elspeth explains.

“Scion is at the forefront internationally in applying genetic modification techniques to radiata pine and other conifers. The opportunity exists for New Zealand to benefit from this knowledge as our research continues.”

Scion CEO Dr Warren Parker says the research will continue and new plantings will be established this year.